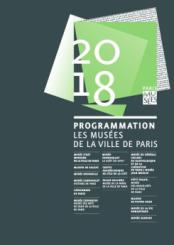 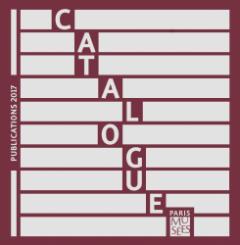 The collections of the city of Paris museums

Art and history museums, charming museums, artists’ and writers’ houses ... the fourteen City of Paris museums house collections of exceptional quality and diverseness. The collections are all, in varying degrees, a record of the history of Paris.

That history is illustrated explicitly at the Carnavalet Museum, the Paris Catacombs and the Général Leclerc–Liberation of Paris–Jean Moulin Museum . It is also illustrated by the memorabilia of famous Parisians like Victor Hugo, Honoré de Balzac and George Sand. And it is reflected in the life of collectors like Henri Cernuschi, Ernest Cognacq, Jacques Zoubaloff or Edward Tuck, who made Paris their chosen city.

These personalities who entrusted their collections to the curatorship of the City of Paris were the subject of a symposium (in french) jointly organised by the City of Paris Museums and the National Art History Institute (INHA) in 2013. During that two day conference, there were papers on the origins and formation of the collections in the City of Paris museums and also on the decisive contributions of donors – donations that played a key role in founding the museums or significantly shaped their identity, as well as large, recent donations that allow the writing of that history to continue into the present.

Notable among those emblematic gifts are the Paul Meurice donation, which enabled the creation of a museum devoted to Victor Hugo ; the Cognacq bequest, from which the Musée Cognacq-Jay was created; the Dutuit bequest which, in 1902, considerably swelled the then embryonic collections of the Petit Palais ; and the Girardin bequest, originally attributed to the Petit Palais, but which laid the foundations for the new Musée d’Art Moderne de la Ville de Paris in 1961.

The website presenting the collections of the fourteen museums gives a taste of the variety and abundance of these collections. They are a mosaic of works from different periods and regions, but some sizeable groupings emerge from that mosaic.

Some periods are particularly well represented; the 18th century, for example, when Paris artists and Paris fashions proliferated in Europe. Cognac-Jay, Galliera, Carnavalet and the Petit Palais contain fine examples from this period. The Carnavalet Museum and the Petit Palais also contain a wealth of fine pieces from the 19th century, while the two Maisons de Victor Hugo, the Maison de Balzac, and the Musée de la Vie Romantique have a specialist interest in the 19th century.

Paris has always been famous as the capital of the arts of elegance. Furniture, jewellery and of course all things relating to costume and fashion are obviously very present in the City museums; the collections in the Palais Galliera, the Carnavalet, the Musée Cognacq-Jay and the Petit Palais are particularly rich in this respect.